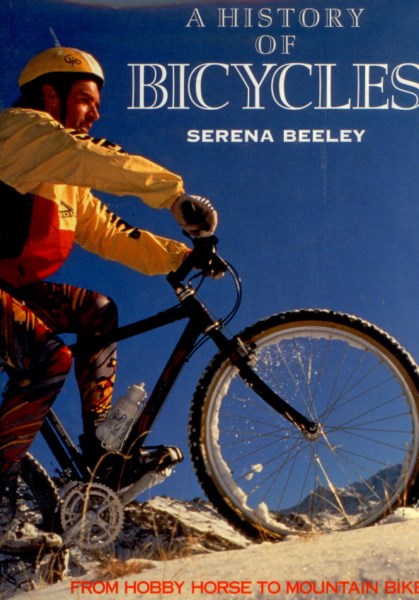 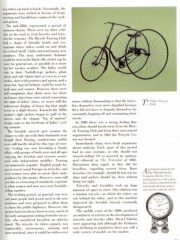 A HISTORY OF BICYCLES

A HISTORY OF BICYCLES
WRITTEN BY SERENA BEELEY

FROM HOBBY HORSE TO MOUNTAIN BIKE

In this book, Serena Beeley, curator of the National Cycle Museum, charts the development of cycles and cycling in Europe and America. Beginning with the earliest vélocipèdes, she follows the technical innovations and alterations in design, size and weight through Ordinaries and Safeties to the familiar diamond-frame in which most present-day bicycles are based, together with the parallel improvements in tandems and tricycles.
Equally importantly, she reminds us of the personalities who have shaped this development, the legendary engineers and manufacturers who competed with each other at the great annual shows, the pioneering female riders, the heroic sportsmen.
The text is accompanied throughout by a generous range of colour and black and white illustrations.

The book is used, but it is in a good condition, hard cover, 144 pages, English text.