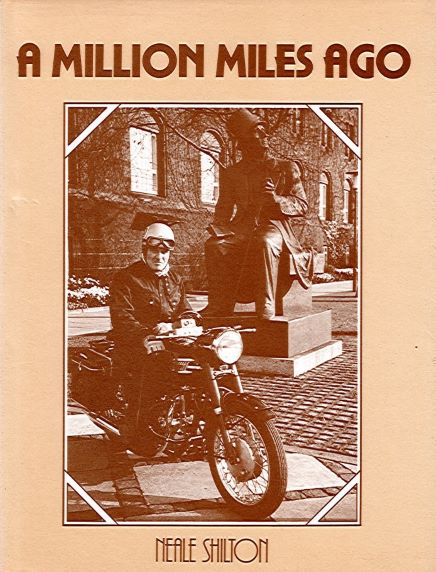 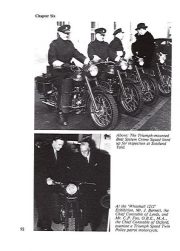 A MILLION MILES AGO

A MILLION MILES AGO
WRITTEN BY NEALE SHILTON

With the collapse of the British motorcycle industry as its background, this book is very much the story of Neale Shilton, who sold Triumph motorcycles to the police forces of the world. He left at the time when the Triumph Engineering Company was about to lose its identity, but after a spell outside the industry, he was invited to join NVT, whereupon it became his responsibility to sell Norton Commandos to the police. Later, he changed allegiance to join BMW (GB) Limited, and it was no mere coincidence that most police forces re-equipped themselves with BMW twins.
Being one of only a handful of riders to have covered in excess of 1.000.000 miles on two wheel, Neale has a wealth of anecdotes to tell, as well as some revealing facts about what went on behind the scenes when the British motorcycle industry was in his death throes.

CONTENTS :
1. As it was in the beginning
2. The new Triumph representative
3. The Grand Prix Triumph
4. My third Meriden year
5. The Montlhéry story
6. The shape of things to come
7. The 1956 Triumph World Speed Record
8. Birth of the Bonneville and the Saint
9. Never a dull moment
10. The turning point
11. The beginning of the end
12. Farewell to Meriden
13. The Interpol story
14. The Circuit des Pyrenees
15. The end of the Commando and Trident
16. Par Ardua at BMW
17. The Chiswick chapter
18. The Sussex police saga
19 The last lap

The book is used, but it is in a very good condition, hard cover, 300 pages, English text.