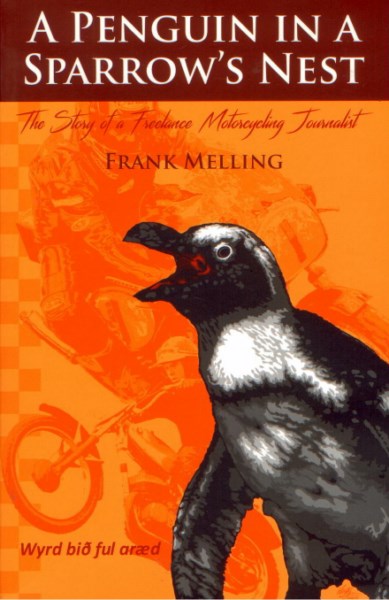 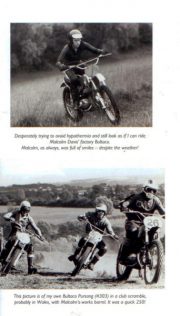 A PENGUIN IN A SPARROW’S NEST

A PENGUIN IN A SPARROW’S NEST
WRITTEN BY FRANK MELLING

The Story of a Freelance Motorcycling Journalist

Melling’s memories in this book span the period from the 1960s through the 70s, so they encapsulate the end of the British bike industry – he got to see Hailwood race at the TT, and into the modern era. The behind-the-scenes anecdotes from the dying days at BSA-Triumph are fascinating (as is the possible origin of the TR5T frame!). Melling describes his triple lives which progressed in parallel; his day-job as a teacher, his writing for magazines and his off-road riding career. Starting with UK-built dirt bikes like Greeves and his special B50, Melling later moved onto Bultaco and Suzuki strokers, and even crossed paths with BMW’s mighty Paris-Dakar boxers. “A Penguin in a Sparrow’s Nest” is far more than a story about motorcycling and journalism. Instead, it recounts the inspirational journey of a sixteen year old who left his Council House to become a shelf painter and went on to be one of the most prolific motorcycling journalists of his generation with over 1100 articles and 11 books to his name. This true story could almost be a fictional novel because it is an epic tale of overcoming adversity, avoiding death on many occasions, huge efforts – and a lot of success.