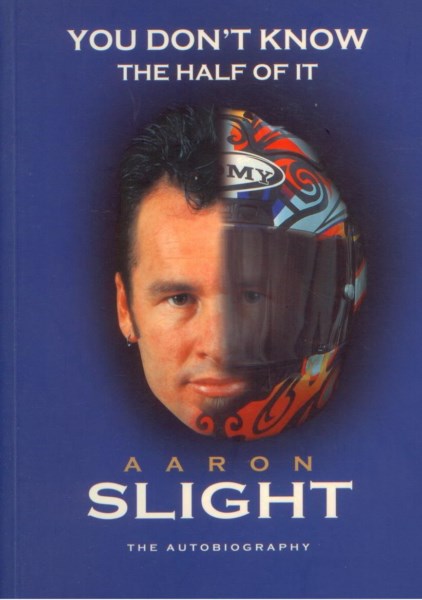 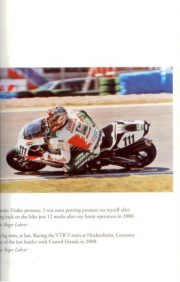 AARON SLIGHT – YOU DON’T KNOW THE HALF OF IT – AUTOBIOGRAPHY

Aaron Slight is the world’s most experienced World Superbike racer. He has competed in 229 World Superbike races, more than any other rider in the history of the series. He has stood on the WSB podium 87 times, and felt the spray of the champagne.
He has also won the gruelling Suzuka 8-Hour Endurance race three times in a row, and has set a record for consecutive wins of the most important race in Japan. He won the respect of thousands of fans for two miraculous comebacks, first from a debilitating and deforming hand injury, then a stroke that led to complex brain surgery. Ride with Aaron and experience his determination to succeed against the odds.

CONTENTS :
It was all in my head
Just a hoon – the early days
I landed on my feet
A Kiwi : eats roots and leaves
Dealt a cruel hand
Taking on the world
The great white hope
No replacement for displacement
If it wasn’t for bad luck I wouldn’t have any luck at all
Basic instincts and head games
Back from the dead
The last of the Mohicans

The book is used, but it is in a very good condition, soft cover, 231 pages, English text.