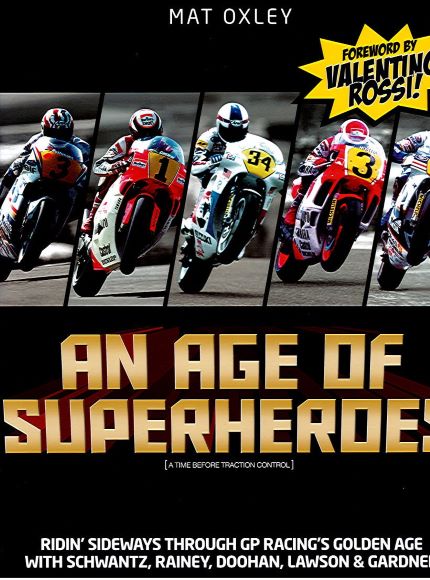 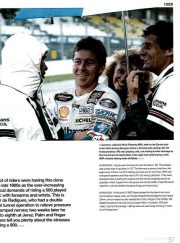 AN AGE OF SUPERHEROES

This is the first book to explore what many race fans believe to be the golden age of motorcycle grand prix racing. The era was characterised by scary two-stroke 500 GP bikes, renowned for ejecting riders at terrifying speeds. It took a special breed of bikes racer to take these ground-attack missiles to the limit and beyond – that’s why these five men were road racing’s superheroes :
Kevin Schwantz – Wayne Rainey – Eddie Lawson – Mick Doohan – Wayne Gardner

The book is used, but it is in a very good condition, hard cover, 239 pages, English text.