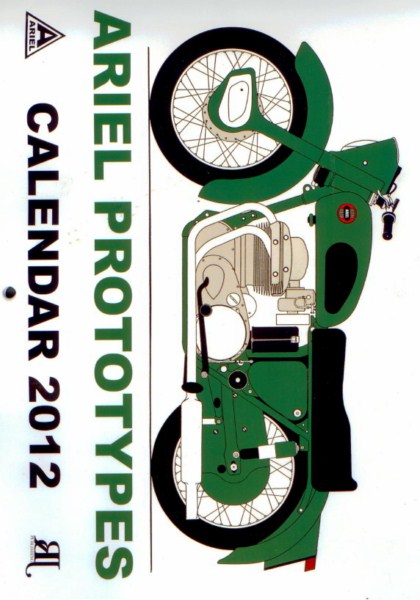 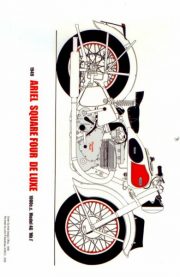 When the BSA Works, at Small Heath in Birmingham, were being demolished in the early 1970s, brothers Tim & George Healey were urgently contacted to tell them that the Drawing Office was being emptied and the contents burned. Tim and George dashed down in their van and saved what they could. All surviving BSA, Sunbeam and other drawings were passed onto the appropriate owners’s clubs, as were the Ariel drawings.

For the 2005 Stafford Classic Bike Show. the AOMCC’s award winning Club Stand had the theme of : ‘Ariels that Ariel never made’. The bikes on show included a four-stroke Leader and two examples of the Healey 1000/4 as well as a replica Square Four Mk.IV, so I was asked in advance if I could ‘tidy up’ some of the damaged drawings of ‘suggested prototypes’. I did so and they were displayed as A3 posters on the stand.
The drawings in this calendar are some of these, including some that I have “finished off’ in a way that I supposed that the factory may have done, had they ever marketed them
RRB, April 2011

The calendar is new.