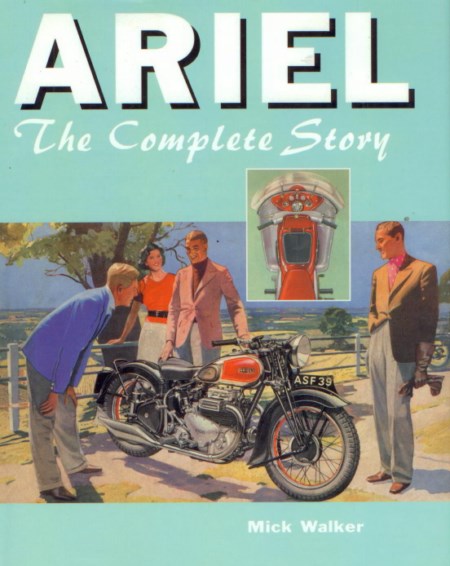 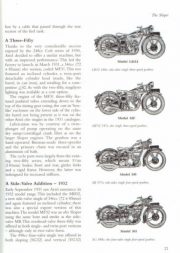 The first Ariel motorcycle was manufactured in Birmingham 1901, and for the next 60-odd years the name would be associated with some of Britain’s best motorcycles. Most famous of all was the Square Four – a mighty four-cylinder bike designed by the great Edward Turner. The Square Four, in all its forms, and its sister bike the Red Hunter were two of the classic bikes of the 1930s. The post-war period saw a change of ownership, with the company becoming part of the BSA group, and the emphasis switched towards less sporting machines. Ariel fell victim to the malaise that was affecting the whole British motorcycle industry and soon the name would disappear forever. This title offers the complete history of the Ariel motorcycle.
Mick Walker brings the reader details of not only the bikes, their designers and their riders, but also the tempestuous politics of the motorcycle industry seen through the eyes of the Ariel brand name.

The book is used, but it is in as new condition, hard cover, 208 pages, English text.