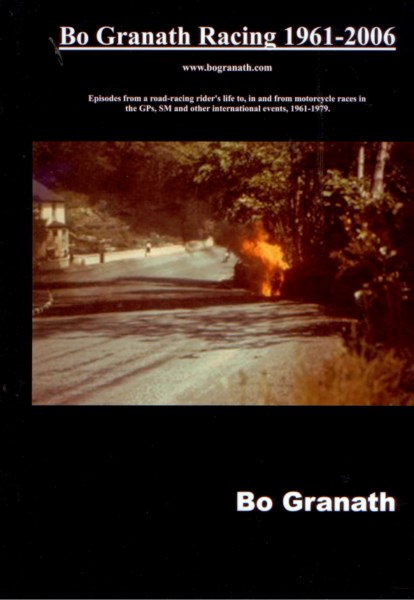 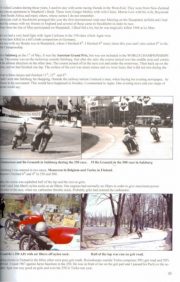 Episodes from a road-racing rider’s life to, in and from motorcycle races in the GPs, SM and other international events, 1961-1979.

From 1961 to 1979, Bo Granath competed in the MotoGP World Championship, and was part of the Continental Circus, which travelled from circuit to circuit. Bo Granath has 237 starts and best results in 1972 in the largest 500 class with third places in the Austrian and Swedish GPs and final scored a fifth place in the World Championship. Other achievements are 12 times Swedish Champion, 3 times Nordic Champion and European Champions 1999 in class 7A Classic Racing.
Bo Granath documented episodes from this period in this book with text and images.