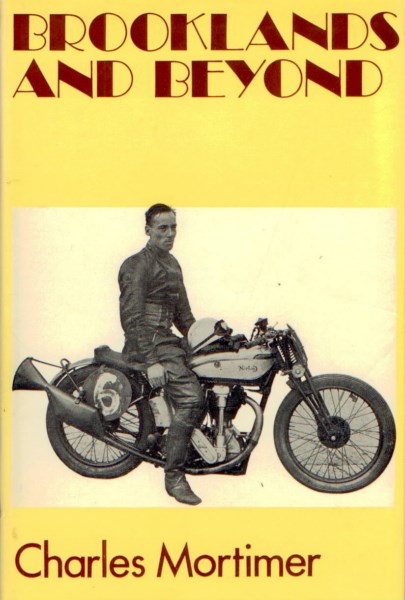 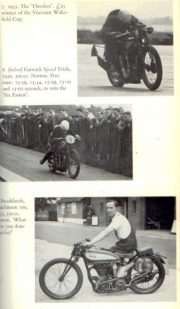 BROOKLANDS AND BEYOND – SIGNED

BROOKLANDS AND BEYOND
WRITTEN BY CHARLES MORTIMER

The book is signed by Charles Mortimer !

Charles Mortimer was born within 100 yards of Brooklands and regularly raced there until the track closed at the start of the Second World War. During his time as a motor cycle rider, he won many of the famous races and set a number of World Records. He later switched to racing cars, where his record was no less successful, and in 1963 formed the well-known Charles Mortimer Racing School.
Mr. Mortimer was a friend of many stars of that period and they figure in his numerous amusing anecdotes. In addition he tells the story of Brooklands during the thirties from the point of view of one who knew every inch of the track, so that for any motor cycle or car racing enthousiast this book is essential reading.

The book is used, but it is in very good condition, hard cover, 240 pages, English text.