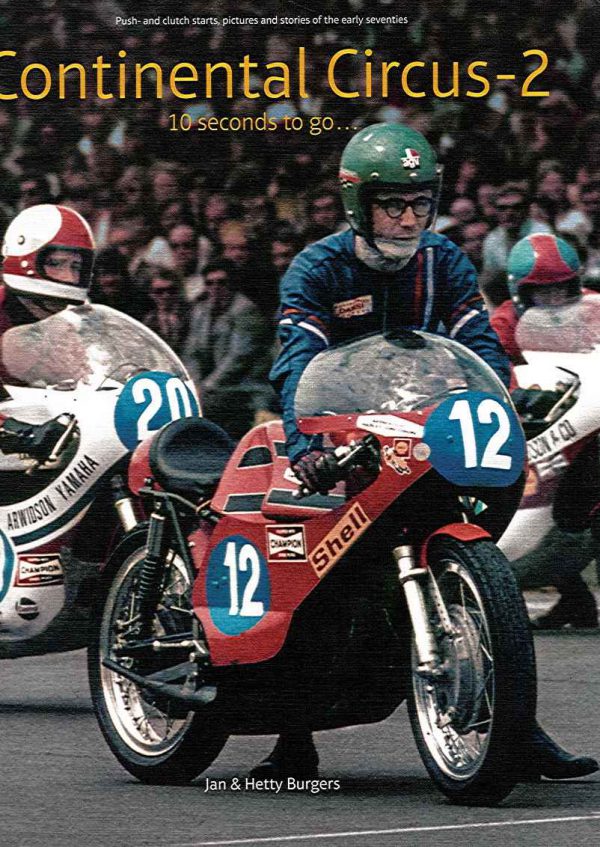 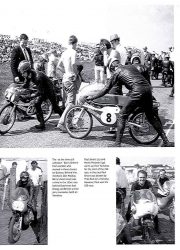 At the end of 2013 the Dutch photographer duo Jan and Hetty Burgers and motorcycle journalist Frank Weeink published the book ‘CONTINENTAL CIRCUS – The Races and the Places, the People and the Faces’. The book was a hit and thousands of motorcycle race fans all over the world got their copy. In the book, over 400 photographs and many stories about all-time greats paint a touching, often revealing and always spectacular picture of motorcycle racing both on and off the track – throughout the early and mid-seventies.
It took a while before Jan and Hetty Burgers decided to complete another book again about this historically important period of motorcycle racing. In ‘CONTINENTAL CIRCUS – 10 seconds to go’ they follow the heart and describe riders strikes, their battle against armco barriers, Barry Sheene’s long way to the top, one of the best riders of the world American Cal Rayborn, Steve Baker’s short career and more about Jarno Saarinen. On top of that, the book contains stories about Grand Prix and Isle of Man winners like Patrick Pons, Bruno Kneubühler, Börje Jansson, John Dodds and Alex George, and Victor Palomo’s too much love for speed. Sidecars deserve their place in the limelight too as the seventies mark the change from BMW four-strokes to two-strokes like König and Yamaha. And, above all, over eighty pages of the push- and clutch starts of this era. Over 500 pictures were selected out of 12,000 scans for this book, many of those about life in the paddock again. Just like ‘CONTINENTAL CIRCUS – The Races and the Places, The People and the Faces’, ‘CONTINENTAL CIRCUS – 10 seconds to go’ deals with the most dangerous era of the sport. This book is therefore dedicated to those riders who left us too early.