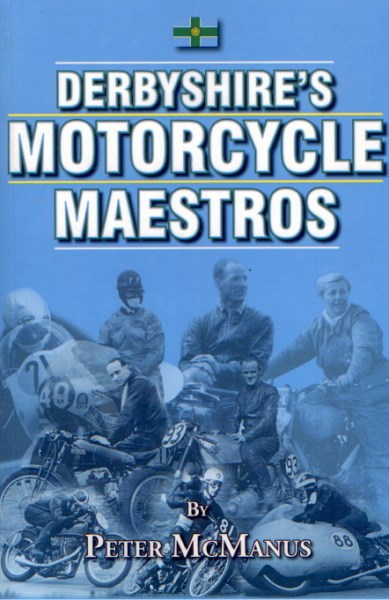 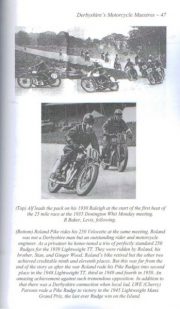 
“It has been my ambition for many years to write a book about Derbyshire motorcyclists and this is the reason why : Derbyshire has produced an outstanding number of remarkable motorcyclists in every field : racers on road and grass, trials riders, scramblers, mechanics, engineers, manufacturers, designers, thinkers, historians, entrepreneurs and enthusiasts, to an extent that, in my opinion, few other counties can match. So this is their story.
Many of them are world famous and you will read about them here but there are others with a fascinating story to tell and they, too, are an important part of the book”.

The book has been used, but it is in as new condition, soft cover, 228 pages, English text.