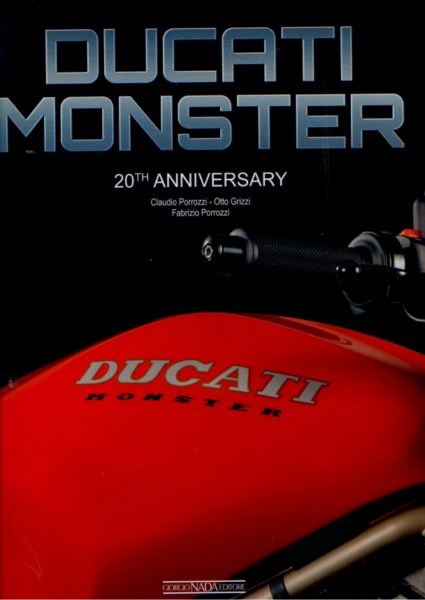 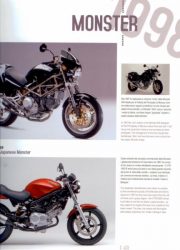 The Ducati Monster is a really important part of motorcycling’s panorama of recent decades. The machine appeared at the end of 1992 and sparked off a new trend in the so-called ‘naked’ – in other words, without fairing – segment of the market. With the Monster, powered by its famous and prestigious L-shaped engine, Ducati offered enthusiasts a bike that combined a comfortable ride with outstanding performance. And the offer was positively received, not only by the Bolognese company’s fans. So it is no coincidence that 260,000 Monsters have been sold over the last 20 years, mostly in the United States, France, Germany and Spain as well as Italy. The bike celebrates the 20th year of its presence in the marketplace.
The various versions of the Monster have become the basis for many different interpretations of it by specialists in the field of personalisation. In a word, the machine has become a true symbol that has involved all kinds of motorcyclists, from the novice to the seasoned rider, from the young to the mature.
This book covers those 20 years of history, availing itself of a wealth of illustrative material made available by Ducati.