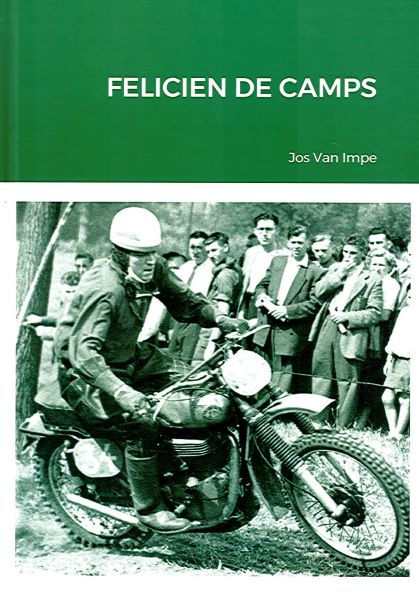 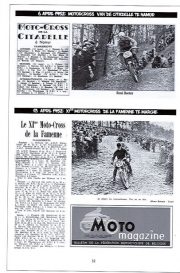 
Jos Van Impe wrote this book about Felicien De Camps, a known motocross rider in Belgium during the fifties. Felicien De Camps was known by many motorcycle enthousiasts as a great motocross promise. Between 1949 and 1956 he was active in motocross at the B.M.B. He was among the best in Belgium in both the Junior and the Senior competition.
A broken leg during the match for Seniors at Wannegem-Lede on July 15, 1956 was the end of his motocross career.
This book gives an overview of the motocross career of Felicien De Camps. Most of the text comes from “Motor Sport” magazine of the Belgian Motorcyclists Federation (B.M.B).The book includes many photographs from the archives of Willy De Camps, son of Felicien and fellow motorcycle enthousiasts. BMB archivist, Marnix Vanslembrouck, also contributed to the book.