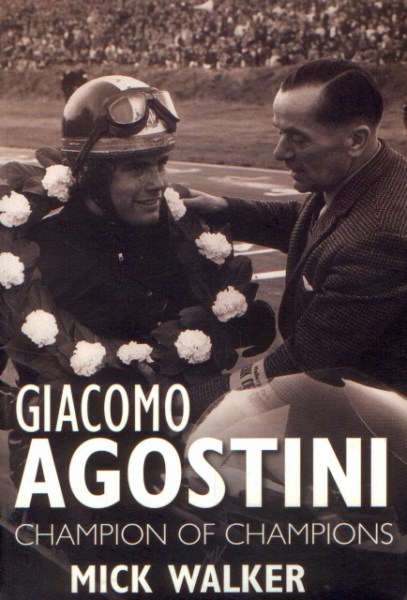 Fifteen world titles – eight at 500cc – and twelve Isle of Man TT victories in an extraordinary 17-year career make Giacomo Agostini the most successful racing motorcyclist in the history of the sport. In this fully illustrated and in-depth new study Mick Walker reassesses Agostini’s remarkable record and explores the personal and technical background to his achievement. He writes of Agostini’s birth in northern Italy, his success as a teenager in hillclimbs and other local events and his sudden appearance on the world stage as Mike Hailwood’s teammate at MV in 1965. After his retirement Agostini went into motorcycle team management with Yamaha and Cagiva, and was closely involved in the design of the MV Agusta F4 superbike. Mick Walker covers this less-well known side of Agostini’s career, but he concentrates on the motorcycling years and on the motorcycles themselves. There is a technical analysis of the bikes Agostini rode and developed, in particular the 350cc and 500cc MVs he used at his peak. There is also a full race-by-race record of his achievement.