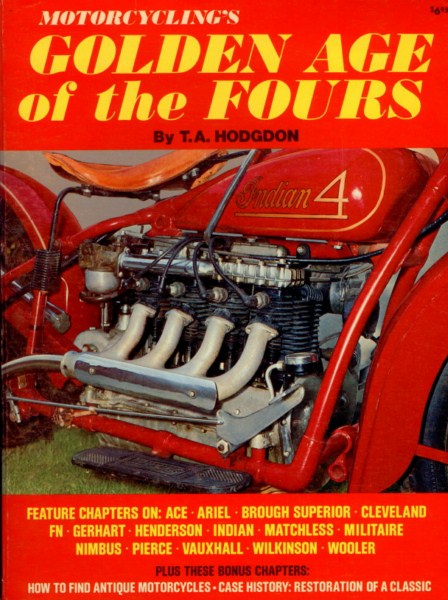 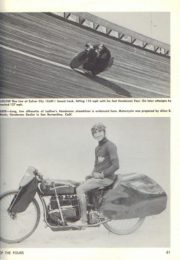 GOLDEN AGE OF THE FOURS

GOLDEN AGE OF THE FOURS
WRITTEN BY T.A. HODGDON

Ted Hodgdon, one of the original founders of Antique Motorcycling Club of America, wrote this book to record the names and accomplishments of many of the early record breakers, as well as the engineers who designed these successful, practical, Four Cylinder Motorcycles.

The book is used. On the first page the name of a previous owner is written. Soft cover, 164 pages, English text.