View Cart “HARLEY-DAVIDSON – THE MILWAUKEE MARVEL – 4th Edition” has been added to your cart. 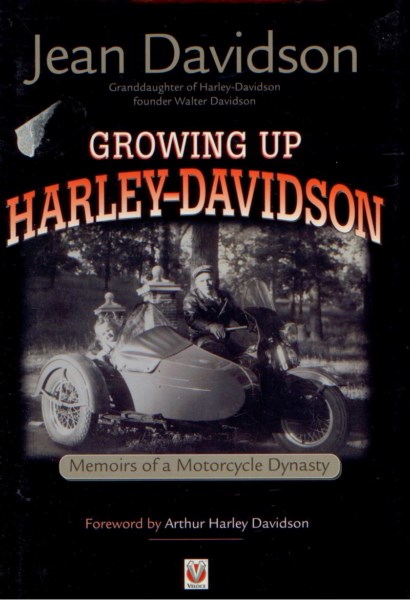 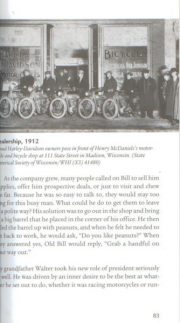 MEMOIRS OF A MOTORCYCLE DYNASTY

Motorcycles have been a way of life for Jean Davidson. Her grandfather was Walter Davidson, one of the four founders and the first president of Harley-Davidson. Her father was company vice president Gordon Davidson. And Jean herself was a Harley-Davidson dealer, rubbing elbows with all the Harleys and Davidsons as well as the Hell’s Angels and Outlaws, famous racers, and Evel Knievel. This is the history of Harley-Davidson motorcycles no one else knew-until now! Here is the fairy-tale story of how four boys built their first motorcycle in a shed; how a slippery-handed maid stole all the company’s earnings from the coffee can that served as their “bank”; and how a hermit uncle donated his life’s savings to resurrect the company and set it on the path to becoming the world’s most famous motorcycle maker. Here is the inside scoop on behind-the-boardroom-door politics and corporate battles, the unknown history of the first Knucklehead and Sportster, the secret friendship with arch-rival Indian motorcycles, and more. Here are family stories and rare photos from the family album that no one else has seen before.

CONTENTS :
1. From Scotland to Wisconsin
2. Two boys with a dream
3. Out of the basement and into the shed
4. The honey uncle to the rescue
5. That silent gray fellow
6. Racing to compete
7. A family affair
8. Turning iron into gold
9. Family matters
10. Do you know where your children are ?
11. The next generation : My dad joins the company
12. The motorcycles that saved Harley-Davidson
13. Harley-Davidson goes to war
14. Grandfather dictates the future from his hospital bed
15. The birth of a boy brings joy – and sadness  – to our family
16. The Original Harley-Davidson rebel
17. My love affair with motorcycles
18. The demise of Indian Motorcycles
19. Elvis Presley, King of the road
20. Bad reputation
21. Playing the charade
22. A dealership of our own
23. Evel Knievel, all American daredevil
24. The sale and buy-back of Harley-Davidson

The book is used, but it is in a very good condition, hard cover, 122 pages, English text.