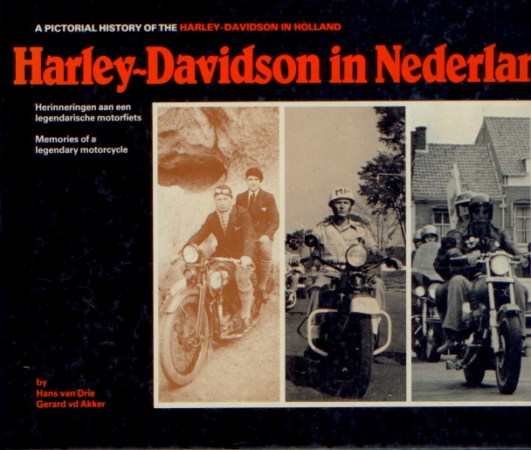 This book gives an impression of the Harley-Davidson motorcycles, which have been a part of our streetscene for many years. This legendary motorcycle, with its ´tough-guy´ image and mighty sound, has built up an unsurpassed reputation. In races and rallies the Harley has been a feared rival, ending up far out in front of many competitors. Famed for its power and endurance capability, the Harley has also served the army and police for many years.

The book is used, but it is in good condition, hard cover, 95 pages, Dutch and English text.