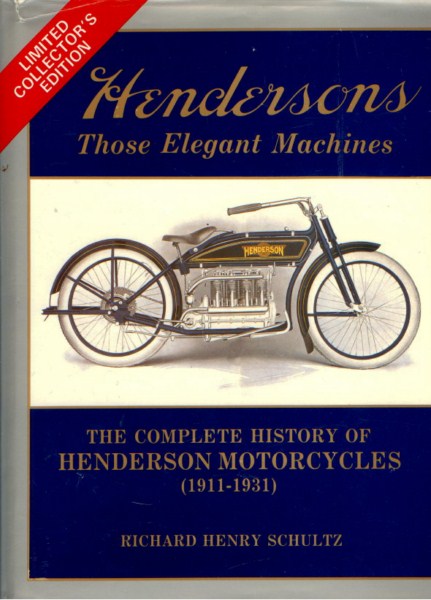 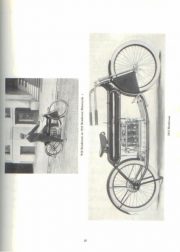 This book is a comprehensive and well documented history with the technical information of the Henderson motorcycle, covering the years 1911 to 1931. It includes much of the published literature of that era. Complete factory brochures from 1912 through 1917 are included in addition to pictures and literature from the post Detroit Henderson period. A great deal of the documentation on the dealings between the Henderson brothers and Ignaz Schwinn, who purchased the Henderson Company, came from the AMA Motorcycle Heritage Museum archives.
This fascinating history of Henderson motorcycles covers the personal successes and tragedies of the people involved in the design and manufacturing of some of the early motorcycles, and can really be called an American Story. The technical information, advertisements, and colored pictures in the book, are extremely valuable for motorcycle collectors and for individuals restoring Hendersons.

The book has been used, but it is in a very good condition. On the first page, however, is the name of a previous owner. Hard cover, 219 pages, English text.