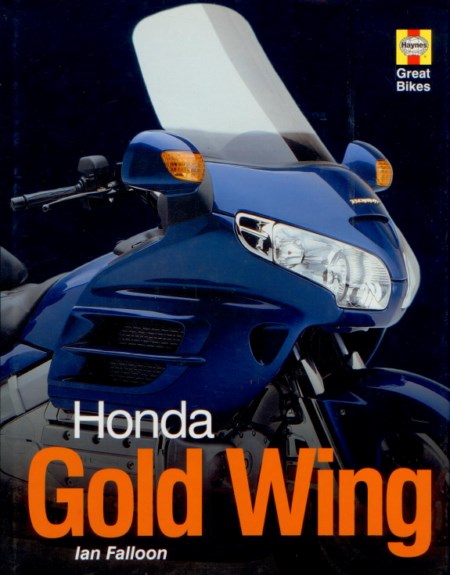 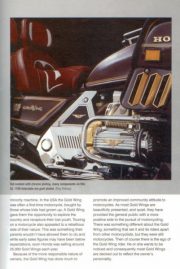 The Honda Gold Wing has become one of the most successful motorcycles of all time. The Gold Wing began life as a Japanese motorcycle but has now been transformed into an American one, gaining cult status in the process.
Ownership of a Gold Wing embodies more than that of a motorcycle, and includes membership of a unique culture. Here is a view of this culture along with the development and history of the Gold Wing as it grew from 1.000 through 1.100, 1.200, 1.500 and 1.800 cc. Later, the Gold Wing begat the Valkyrie, and with the release of the GL 1800 has reassested itself as the world’s premier long-distance touring motorcycle.

The book is used, but it is in as new condition, hard cover, 152 pages, English text.