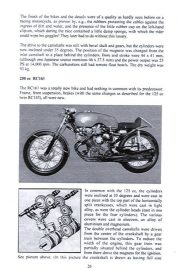 There has never been a comprehensive history of Honda’s racing exploits, comprising both race results and the technical specifications (as far as they are known) of the works’ racers. This is remarkable, since the Honda racing machines’ impact on the Grand Prix racing of the 1960s has been profound. Their influence on the racing scene of the time and on the development of four-stroke engines-not only as regards motorcycles, but also on the Formula 1 car designs-was unlike anything before it. This book intends to give the reader a look back at those exciting days, with descriptions of some Honda works’ racers that have never been published in Western magazines or books before.