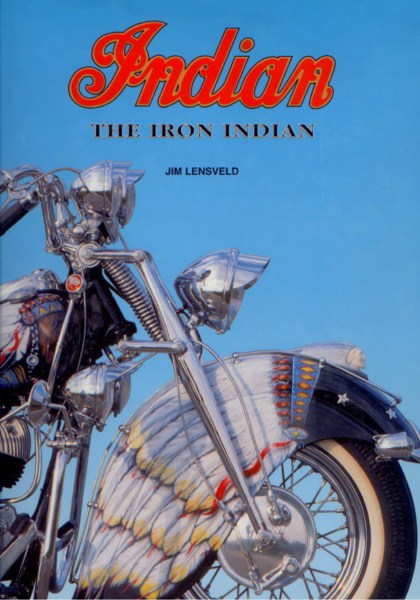 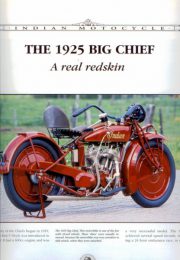 The Indian motorbikes, a story about what is perhaps the world’s most glorious marque. The Indian motorbikes were so popular in America in the seventies, that nearly everyone knew of this marque and very few had ever heard of Harley-Davidson. The ‘Wigwam’, as the Indian factory was generally known, continued to put bigger and faster machines onto the market. The legendary names of the Indian motorcycles such as Ace, Chief, Big Chief, Brave and Warrior will forever be striking examples. The last Chief was built in May 1953 and after a long time of selling other machines under the Indian name, definite closure came in 1962.

The book is used, but it is in a very good condition, hard cover, 160 pages, English text.