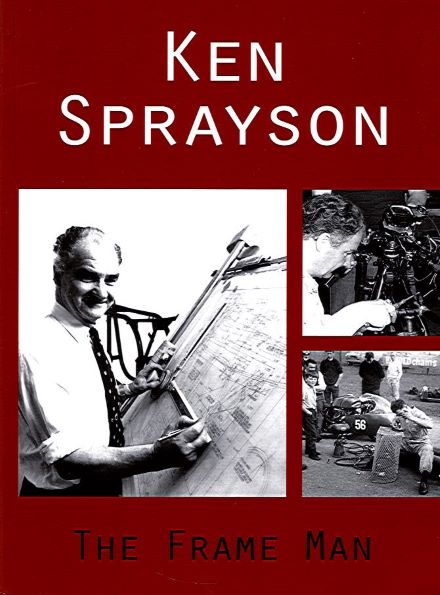 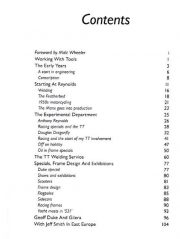 Ken Sprayson was the man the stars turned to for something a bit special in the way of motorcycle racing frames – Geoff Duke, Mike Hailwood, Jeff Smith, Bill Boddice, Cyril Smith and many more, all came to Reynolds and Ken Sprayson. For over 30 years Ken worked at Reynolds fabricating special projects in tubing, especially Reynolds ‘531’ steel tubing, so often used by racing machines and where strength and light weight were vital. His practical design knowledge and ability to fabricate in steel and aluminium tubing were legendary throughout the industry. At Reynolds where he worked for some 35 years, it was Ken’s job to make the first of any special project, so he was the man who built the first production Featherbed frame from McCandless’ original design for the Norton Manx; the man who built the frame for Project Thrust, Britain’s world speed record breaking car; who designed and built the Reynolds leading link motorcycle fork, who knocked up a scooter frame or a flagpole or yacht mast as required, even the steel cages the electricians used for working on cables between pylons! And in between times he designed and built many special frames for the racing legends of the day. He was also known to just about everyone who ever raced at the Isle of Man TT as the face behind the TT Welding Service, an essential part of each and every TT for 50 years, repairing the ravages brought about by the notorious Isle of Man roads. Ken was the man who just did the job, the knowledge was in his hands as well as his head and his enthusiasm for the job simply knew no bounds. This is Ken’s personal account of his life from his early days through his long service with Reynolds to his time as a consultant on welding and fabricating in tubing. His life has been eventful, rich in detail and provides a fascinating glimpse into post-war manufacturing as well as motorcycle racing. A book for all the TT racers and fans down the year, all those who love motorcycle racing, and those interested in the industrial history of one of the UK’s once foremost companies, Reynolds.

The book has been used, but it is in a good condition. Soft cover, 229 pages, English text.