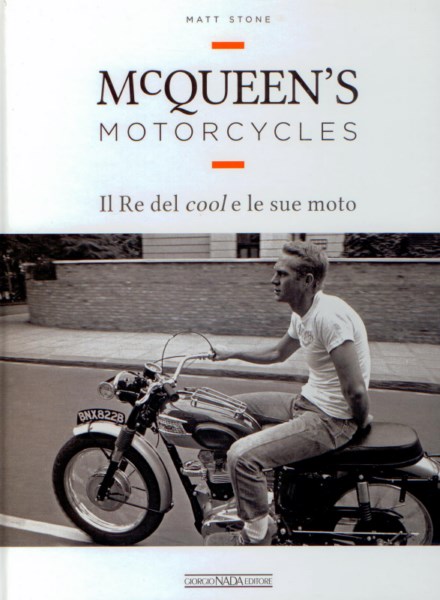 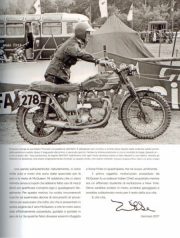 Even thirty years after his death, Steve McQueen remains a cultural icon. His image continues to appear in advertising and pop culture. In his movies, McQueen’s character always had an great motorcycle or car, but in his personal life, motorcycles were always his first true love. From the first Harley McQueen bought when he was an acting student in New York to the Triumph “desert sleds” and Husqvarnas he desert raced all over California, Mexico and Nevada. His need for speed propelled him from Hollywood into a number of top off-road motorcycle races, including the Baja 1000, Mint 400, Elsinore Grand Prix, and even as a member of the 1964 ISDT team in Europe. Later in his life, as he backed away from Hollywood, his interests turned to antique bikes and he accumulated an extensive collection, including Harley-Davidson, Indian, Triumph, Brough Superior, Cyclone, BSA and Ace motorcycles. In this book the author Matt Stone describes in detail the actor’s two-wheeled world, reconstructing it through interviews with his family, friends and riding companions. The text is enriched by almost 200 photos, many of which never previously published.