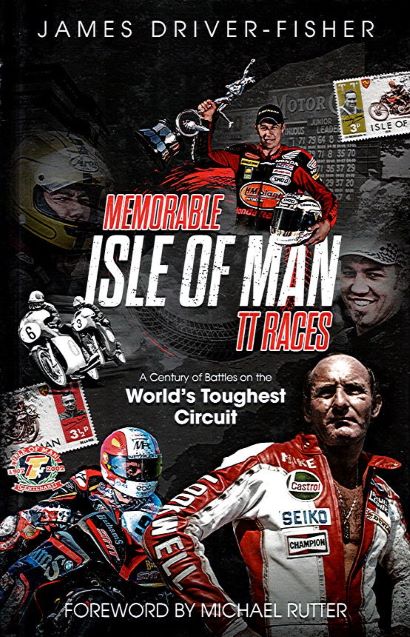 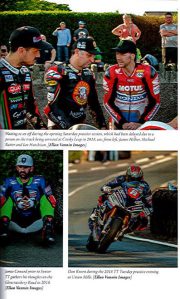 A century of battles on world’s toughest circuit

Historic, wildly dangerous, nerve-wracking, heroic and uniquely thrilling, the Isle of Man TT is one of the greatest sporting events in the world. Featuring input from past and present riders, TT teams, manufacturers and fans alike, James Driver-Fisher reveals why the Isle of Man’s greatest ever races mean so much to so many TT devotees. The entire history of the races, from the first battle in 1907 through to the summer of 2019, is covered, focusing on an expert selection of the most memorable events of all. Famous road racers relive the closest of victories and heart-breaking defeats. Unbelievable comebacks from legendary riders sit alongside race weeks when records have tumbled, and events when the biggest names have first burst on to the scene. As well as the inside view from those directly involved in the thrills and spills, Memorable Isle of Man TT Races also draws on the memories and expertise of diehard fans who have grown up with TT in their blood – vividly bringing to life the iconic races’ atmosphere through the years.

The book has been used, but it is in as new condition. Hard cover, 346 pages, English text.