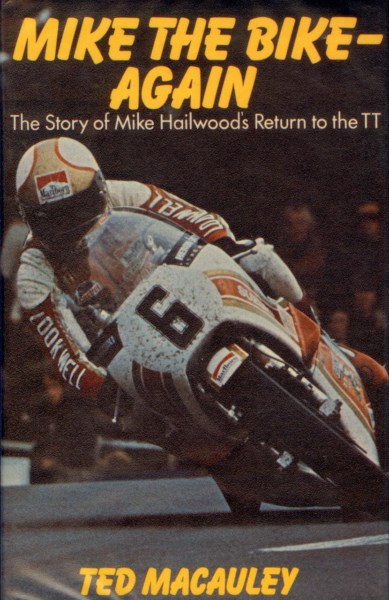 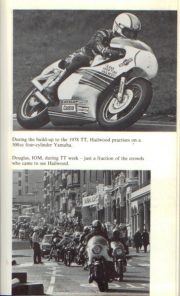 
THE STORY OF MIKE HAILWOOD’S RETURN TO THE TT

In June 1978, eleven years after he quit Grand Prix motorcycle racing, Mike Hailwood returned to the Isle of Man TT races, probably the most prestigious and certainly the most demanding road race in the world. On a privately entered V-twin Ducati he won the Formula One race, beating the works Hondas of Phil Read and the late John Williams, and breaking the lap and race records.
This book, by his manager and friend, is the account of his dramatic comeback, from the original wild idea to his final race. More than this, though, it is a study of a remarkable man in a remarkable world, and of the races, the machines and the men who ride them.

CONTENTS :
1. A spirit reborn
2. Disguised among the amateurs
3. The bandwagon begins to roll
4. The hard way back
5. A frightening dawn
6. A fairy tale come true
7. Senior drama
8. Here we go again
9. The unforgettable finale

The book has been used, but it is in a good condition, hard cover, 87 pages, English text.