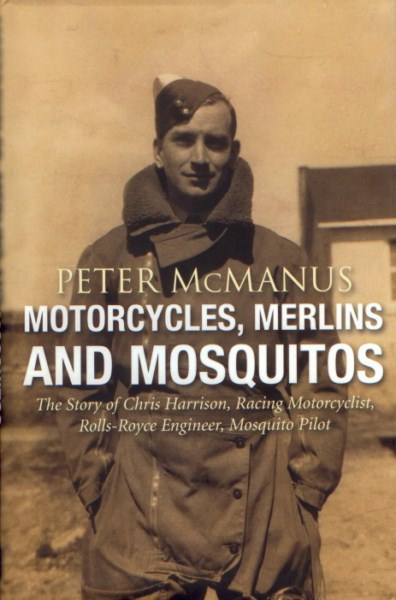 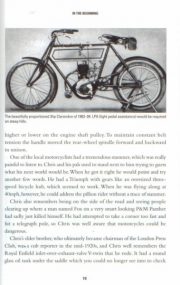 THIS BOOK IS NOT ONLY A TRIBUTE TO CHRIS HARRISON BUT ALSO TO ALL THE BRAVE MEN WHO FLEW IN WORLD WAR TWO.

Chris Harrison was Peter McManus’s boss at Rolls-Royce immediately after the war. Chris is a remarkable man, a born engineer with a genius for problem solving. Since those days they have never lost touch. He raced an ex-works Norton in the 1930s, worked at Rolls Royce testing aero-engines, before volunteering to join the RAF in World War Two.
Chris was born in 1914, so now in early 2009 he is 94 years of age. He rode a motorcycle until he was 90, still drives a car and continues to work on vintage motorcycles.

The book is used, but it is in as new condition, hard cover, 192 pages, English text.