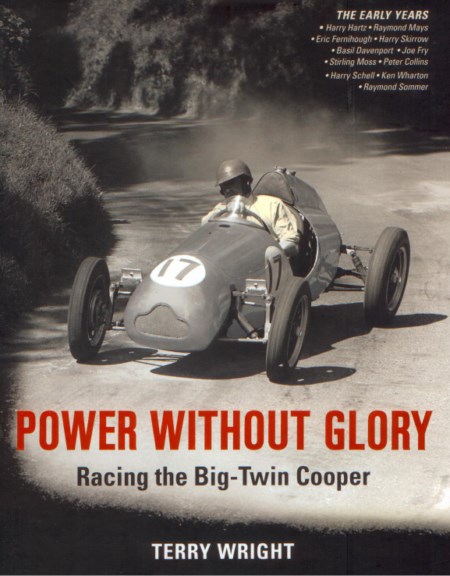 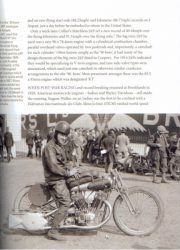 When Charles Cooper and his son John built their first racing car in 1946 little did they realize they were embarking on one of motor racing’s greatest design revolutions. Two of their first customers were to be amongst Britain’s greatest drivers, the young Stirling Moss and the even younger Peter Collins. Cooper cars gave them an affordable start when they were barely old enough to have a licence. Then the world motorcycle speed record JAP 8/80 V-twin engine was put in the back of the Cooper. With this brilliant combination of power and lightness, Moss, Collins and others set out to do battle against the front-engined might of ERA, Ferrari, Maserati, Cisitalia, Simca-Gordini, HWM and others. The big-twin Cooper went on to dominate British hillclimbing during the 1950’s. The 1954 chassis was the prototype of the mid-engined design which swept Coopers to Formula 1 championship wins in 1959 and 1960.
This book is a new look at the early history of the modern racing car. It explores the influences behind the first Coopers including V-twin engined record breaking motorcycles, hillclimb and sprint specials and dirt track speedway cars. The engine and chassis designs and the racing and hillclimbing of the early post-war years are described and illustrated by hundreds of previously unpublished photographs and drawings. The racing and hillclimbing of the early post-war years are covered in depth. Cooper cars played a major part in propelling Britain into a leading position in world motorsport. Power Without Glory tells the story of how it all began.