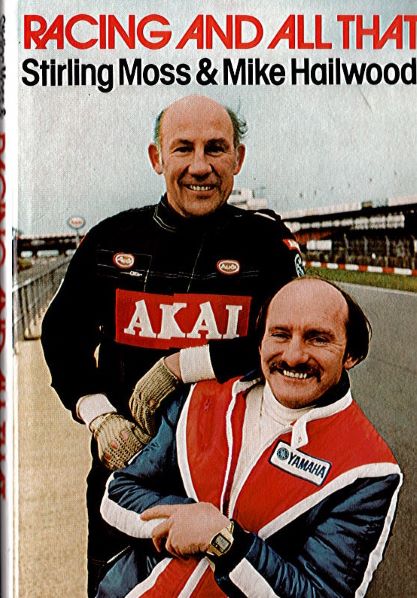 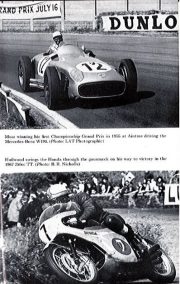 RACING AND ALL THAT STIRLING MOSS & MIKE HAILWOOD

RACING AND ALL THAT
WRITTEN BY STIRLING MOSS & MIKE HAILWOOD

This is a book about motor racing and motorcycle racing past and present, written by Britain’s two greatest living motorsportsmen – Stirling Moss and Mike Hailwood. Moss was easily the country’s most acclaimed Grand Prix driver during the halcyon years of the fifties and early sixties. Similarly, Mike Hailwood will surely forever stand as Britain’s most successful racing motorcyclist.

CONTENTS :
Stirling Moss and Mike Hailwood :
1. Characters – where are they now ?
2. Finance and early days behind the wheel
3. Patriotism and loyalty
4. Technology and technique
5. Driver power
6. Going out and coming back

The book is used, but it is in a good condition, hard cover, 155 pages, English text.