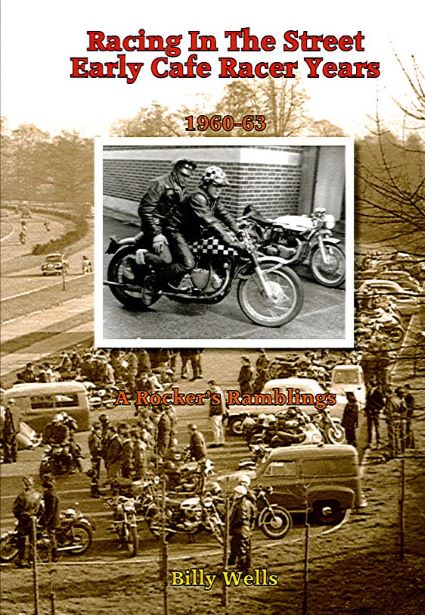 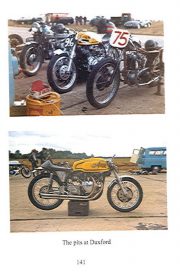 Authentic tales of early 60s teenage motorcycling, daring dynamism and all the surrounding capers and comedy. Vividly told with all the passion and humour of the day. A historic document on the epoch, chronicling the emergence of the Mods, the coining of the word ‘Rocker’ the rapidly evolving post war youth culture. This story of a young crowd hanging out in a café in Morden, South London, on the edge of a vast council estate, is illustrated with many photographs of the bikes and the cafe, fun and games on seaside adventures, racing in the streets of London, scorching down the By-passes at 100mph plus and general posing. It spans the years, 1960-63 which was a time before there were too many rules. A kid could buy a 650 motorcycle at 16, tie on some ‘L’ plates and blast off down the highway with fire in his belly and the breeze of glory in his hair.