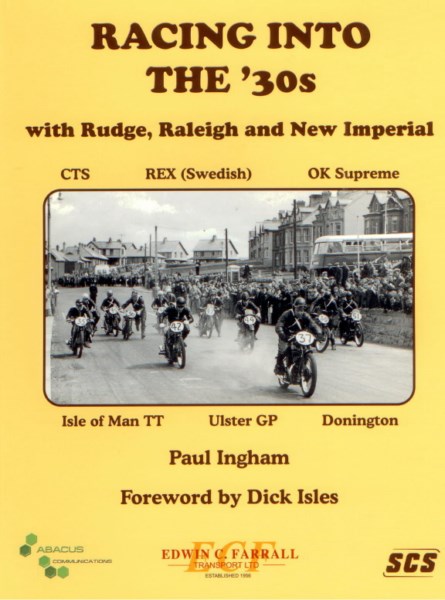 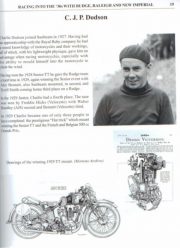 RACING INTO THE ’30S

RACING INTO THE ’30S
WRITTEN BY PAUL INGHAM

With Rudge, Raleigh and New Imperial

In the same style and format as Paul Ingham’s previous books in the series, published in 2013 this 112 page paperback book is primarily a photographic history of the racing endeavours in the late 1920s to the mid-1930s of three of the great names of the British motorcycling industry. The book charts, via captions, the development of the marques’ race bikes, such as the TT winning single cylinder Rudge and the fearsome 500 cc V twin New Imperial, and covers the exploits of their star riders – Charlie Dodson, Tyrell Smith etc. Their rivals of the era are also featured, such as the Swedish Rex, OK Supreme and Chris Tattersall’s CTS. The book is illustrated with 150 black and white photographs, the majority of which have never previously been published, including shots from works Raleigh rider Arthur Tyler’s album, taken as he toured the continent, racing in the Austrian TT and the Belgian GP. The Foreword is by Dick Isles, who raced a New Imperial in the 1930s.