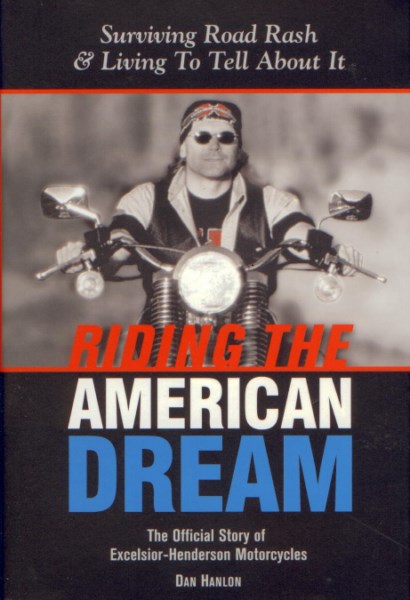 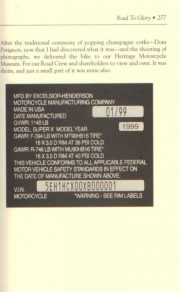 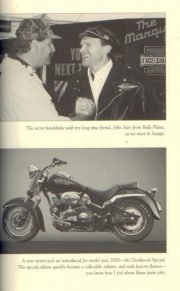 THE OFFICIAL STORY OF EXCELSIOR-HENDERSON MOTORCYCLES

This true story is the remarkable, modern-day story of a brutally intensive business start-up—that dared to cross swords against the industry giants. As told by Dan Hanlon, founder of Excelsior-Henderson Motorcycles, this book gives an insider’s view of the company that set out to accomplish what no other independent American start-up had achieved in nearly a century. This amazing saga, which has been compared to the Tucker Automobile company of the 1940s, and the DeLorean Motor company of the early 1980s, chronicles the good, the bad, and the ugly while raising nearly $100 million—from a public offering on Wall Street, to burnouts on Main Street. And, not one dollar from a venture capital firm.
It is the story of the passionate grassroots heroes who endeavored to achieve the impossible.

The pioneer spirit is alive and well in America today. Entrepreneurs, inventors, and everyday citizens alike pursue the American Dream with the vigor and determination of our founding fathers, blazing new trails across dangerous territory to accomplish their goals—except the wilderness now is the modern-day business world. These visionaries inspire us to reach higher, to battle the odds and live our dreams, to achieve our own levels of greatness.

Rediscover the pioneer spirit in the Excelsior-Henderson family story as told in this true, compelling, often humorous tale written by company founder Dan Hanlon. With unequalled passion and a devotion to creating a top-quality product, this team built, from the ground up, a new American motorcycle company that raised nearly $100 million in capital from investors around the globe. Learn how they conquered the elements, battling industry giants, skeptics, and critics to bring their vision to life. Share in the Road Crew’s boundless energy, enthusiasm, and commitment to their pursuit and savor their moments of victory—an endeavor that reminds us what it means to dream, and more importantly, how to achieve our dreams.