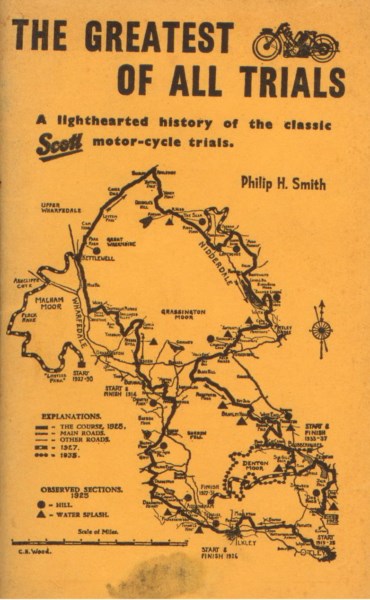 SCOTT – THE GREATEST OF ALL TRIALS

SCOTT – THE GREATEST OF ALL TRIALS
WRITTEN BY PHILIP H. SMITH
PUBLISHED BY GEORGE STEVENS

A lighthearted history of the classic Scott motor-cycle trials.

This is a book about a unique event. It will be welcomed by people who know what it is all about – in particular those “who were there”. Just as the Tourist Trophy is regarded as the blue riband of motorcycle racing, so the “Scott” has come to be the undisputed highlight of the Trials season. But its appeal goes further : the Scott Trial was always more than a rather tough motorcycle competition – it was an Annual Occasion, put over in the way only Yorkshiremen do such things.

The book is used, but it is in good condition, soft cover, 88 pages, English text.