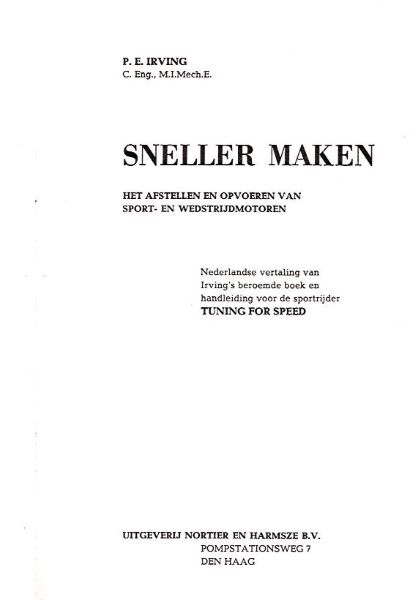 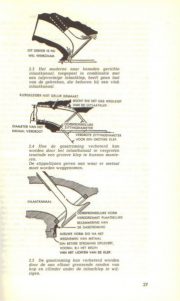 Dutch translation of the book Tuning for Speed

When this edition first appeared in 1948, it was primarily intended to help riders of ordinary motorcycles with some extra power from their engines. As new editions were prepared over time, the book seemed to gradually change its character and became more focused on pure racing technology. This trend has continued in this fifth edition. In addition, many drivers are interested in “tuning”, technically perfecting older or even veteran models. A large part of the information related to currently outdated models was retained, as it is often difficult to find elsewhere. For those interested in “sprinting” and “drag racing”, a chapter on pressure filling has been added. The chapter relating to the mounting of the engine in the frame has given way to this new information about pressure filling. The chapter on two-stroke engines was also considerably expanded.

The book is used, but it is in a good condition. However, the paper cover is missing. Hard cover, 304 pages, Dutch text.