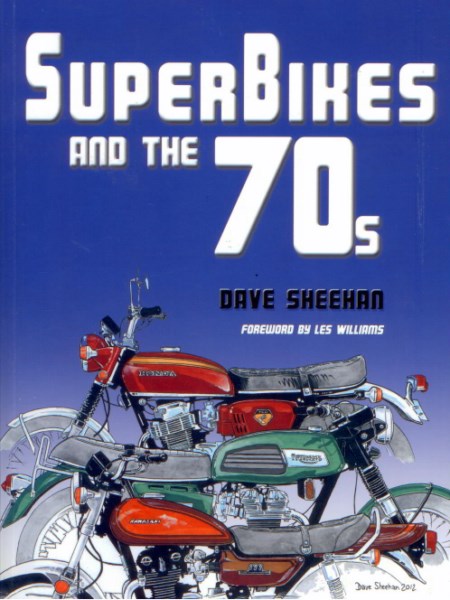 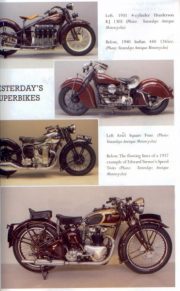 SUPERBIKES AND THE 70s

SUPERBIKES AND THE 70s
WRITTEN BY DAVE SHEEHAN

When rumours reached Honda that BSA/Triumph were developing a 750-cc triple, it galvanised the Japanese giant into creating the world beating CB750 Four. The British triples may have reached the market first, but the launch just a few months later of Honda’s four-cylinder ‘Dream Four’ (with electric-start, disc brakes and Candy-painted bodywork) caused a sensation in 1968. A new word now joined the lexicon: Superbikes. The opening salvoes in a horsepower war had begun!
For motorcyclists the ‘70s meant reliable, beautifully-designed machines delivering record-shattering performance!
Superbikes and the 70s isn’t just about the bikes. It’s about their times, too as reflected in its popular culture, politics, and the people key to the story of superbikes – the engineers and designers, the larger than life racers, like Dick Mann, Gary Nixon, Barry Sheene and Paul Smart, the dealers and salesmen, and the industry’s titans – Edward Turner and Soichiro Honda. It gets behind-the-scenes to give the full story of bikes like the Triumph and BSA triples (including the Vetter-designed Hurricane), the Honda CB750, the awesome Gold Wing and the outrageous six-cylinder Honda CBX1000 and Kawasaki Z1300 megabikes. There is also the seriously mad Kawasaki Mach III and Mach IV two-stroke triples, Ducati’s remarkable Daytona-winning 750 twin, Laverda’s hairy-chested Jota – and, of course, Milwaukee’s XLCH Sportster, the seed of the Harley come-back.

CONTENTS :
1. Introduction
2. Edward Turner and the Speed Twin the template for an industry
3. Hopwood and Hele secretly develop a three-cylinder superbike to replace Turner’s twins
4. Honda and Triumph the race to launch the first 750 multi-cylinder superbike
5. The Honda CB750 steals the show but BSA / Triumph hit the market first
6. Kawasaki develops a superbike, British triples break speed records, and CB750 sales soar
7. Kawasaki’s Mach III the world’s quickest motorcycle, cycle’s Superbike 7, and the Trident gets a makeover
8. The Trident wins USA’s first 24-hour race and Doug Hele has five months to prepare the triples for Daytona
9. Dick Mann on the Honda CR750 beats BSA / Triumph at Daytona 1970 and wins again in ’71 for BSA / Triumph
10. The Kawasaki 750 Mach IV and the Suzuki GT750 two takes on two-stroke triples
11. Kawasaki launch the Z1, cycle returns to Orange County for a superbike rematch
12. Ducati 750 L-Twin wins Imola 200, Plaudits at the Superbike 7 and Cook Neilson beats the Kawasaki Fours at Daytona
13. The collapse of BSA, The oil-in-the-frame fiasco, and the Meriden sit-in halts production of the Trident
14. Graig Vetter designs the Triumph Hurricane in secret and the Trident finally gets push-button start
15. The RE-5 nearly bankrupts Suzuki. The Hercules W2000, Van Veen OCR1000 and Norton Rotaries hint at a Wankel-engined future
16. The Honda Gold Wing a bike built like a car, designed in Japan and made in America
17. The Yamaha XS750 a Japanese motorcycle made to appeal to the world’s biggest market – Europe !
18. Norton Commando tops the first Superbike 7 and Poore nabs the inside covers for the Norton girls
19. Harley-Davidson the motor company’s earliest days, H-D petitions the U.S. government, and Milwaukee launches the Sportster – H.D.’s answer to its Limey rivals
20. The horsepower war hots up the Japanese realease the CBX1000, GS1000, XS1100, and Z1-R, the Italians a one-litre triple developed on the backroads of rural Worchestershire …. and Kawasaki launch the Z1300