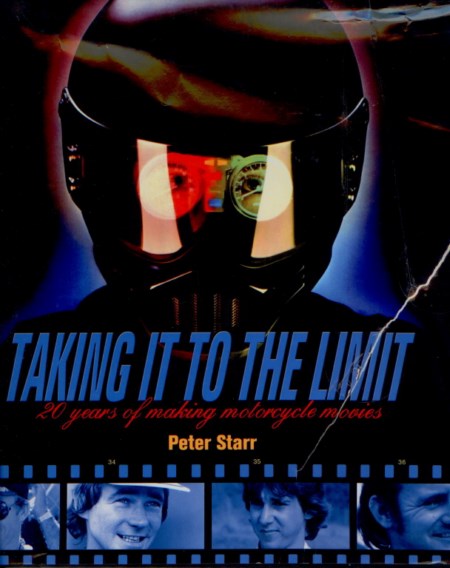 TAKING IT TO THE LIMIT (DVD is missing)

Taking it to the Limit is a behind-the-scenes book at a man who chose to build a career out of making films about a subject that consumed  a major portion of his life – motorcycle racing. It is a fascinating insight into a period when there was no cable television and films were actually shot on film and distributed on film to terrestrial television stations. It is also a period of the coming of age of motorcycle racing in America, where the sport became ‘media-conscious’.

CONTENTS :
Intro : 20 years of making motorcycle movies
1. The race at Bad Rock
2. From dirt to track
3. The all American race
4. The birth of a feature film
5. All hail Mike Hailwood
6. Take it to the limit
7. Daytona and the superbike era
8. The motocross era
9. The evergreen trailride
10. Take it to the limit part 2
11. Television comes of age
12. The movie star years
13. In retrospect

The book is used. The paper cover is damaged and the DVD which belongs to the book is missing. The book itself is in a very good condition. Hard cover, 262 pages, English text.