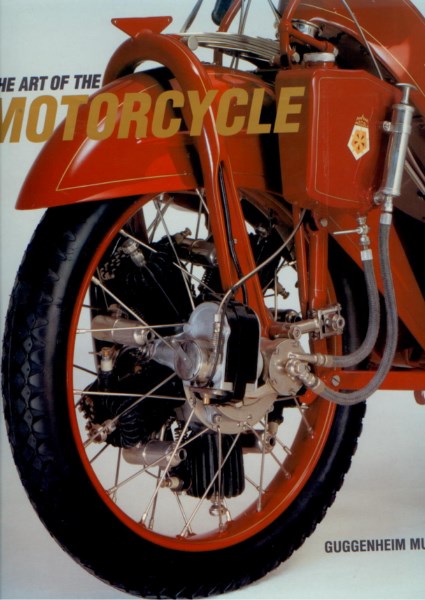 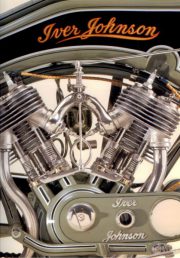 THE ART OF THE MOTORCYCLE – GUGGENHEIM MUSEUM – HARD COVER

THE ART OF THE MOTORCYCLE
GUGGENHEIM MUSEUM

Published on the occasion of an exhibition at the Solomon R. Guggenheim Museum, New York, in the summer of 1998, this work aims to capture the spirit of the motorcycle and the passion and excitement it has aroused in film, literature, television, and on the road. It depicts 100 models from the first – the 1885 Daimler Einspur – to recent concept bikes. Among those selected on both technical and aesthetic grounds are the 1894 Hildebrand & Wolfmuller 1500cc, the pivotal BMW R32, the late-1920s four-passenger Boehmerland/Czechie, the popular 1950s Honda 50 Super Cub, the quintessentially American 1977 Harley Davidson XLCR, and the Ducati 916. Each bike is described in detail, and the book also contains essays which discuss motorcycle-related films, fashion, life-style and history.

CONTENTS :
Issues in the evolution of the motorcycle
Cycles of paradox
Song of the sausage creature
The art of the motorcycle : Outlaws, animals and sex machines
Bikes were always work for me
Freedom or death : Notes on the motorcycle in film and video
Bosozoku (motorcycle gangs)
To the edge : motorcycles and danger
Inventing the motorcycle : 1868-1919
The machine age : 1922-1929
New world orders: 1930-1944
Freedom and postwar mobility : 1946-1958
Popular culture / Counterculture : 1960-1969
Getting away from it all : 1969-1978
The consumer years : 1982-1989
Bibliography

The book has been used, but it is in a very good condition. Hard cover, 431 pages, English text.