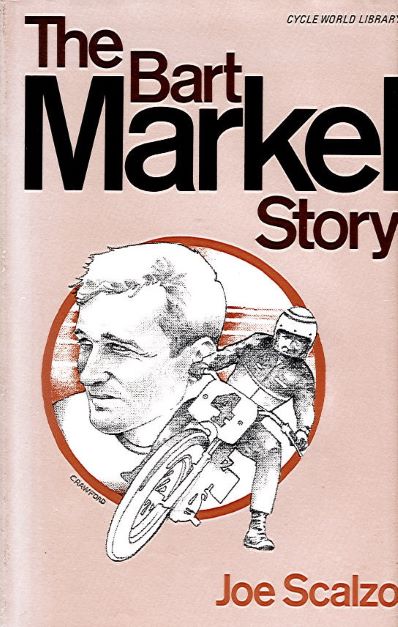 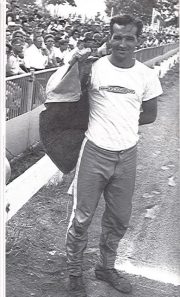 The writer digs deep into the experiences of a tough rider with a will to win. Bart Markel didn’t do much talking, letting his staggering performances speak for themselves, but the author has traced his background and presented an insight into the character of the fierce Harley-Davidson rider who got the nickname Black Bart. The whole story is here, from the wild Kansas days to the earning of the coveted Number One, from his unbeatable dirt-track style to the heartbreaks of road racing at Daytona.

CONTENTS :
Who really knows him ?
Little kid with wild blue eyes
The rougher the better
Dick O’Brien’s big gamble
The making of Black Bart
“Carroll, that was a good move”
Number One the hard way
“What the Hell’s happened to Markel?”
Number One again
…and again
Decline
Pain
Anger at Lake Tahoe
Daytona : before the battle
The battle

The book is used, but it is in a very good condition, hard cover, 125 pages, English text.