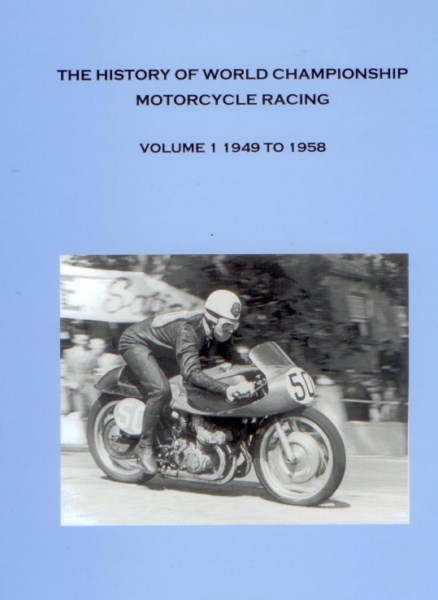 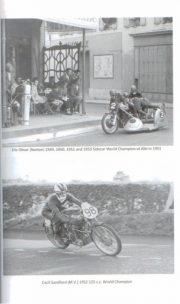 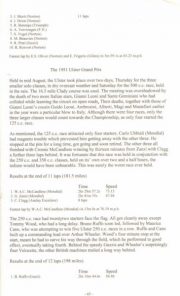 THE HISTORY OF WORLD CHAMPIONSHIP MOTORCYCLE RACING 1949 TO 1958

The book is signed by the writer.

World Championship racing evolved from the pre-war European Championships in 1949. The Championships comprised four solo classes, for machines of 125 cc, 250 cc, 350 cc and the premier class for machines of 500 cc. The fifth class was for sidecar machines of 600 cc.
The Championships were decided in 1949 over a series of six races, starting with the T.T. in June and culminating with the Italian in September.
Races were initially held on public road circuits, were very long and arduous and the element of danger was high. Over the years, more artificial circuits were built and the road circuits phased out.
The book gives the results of all these races.