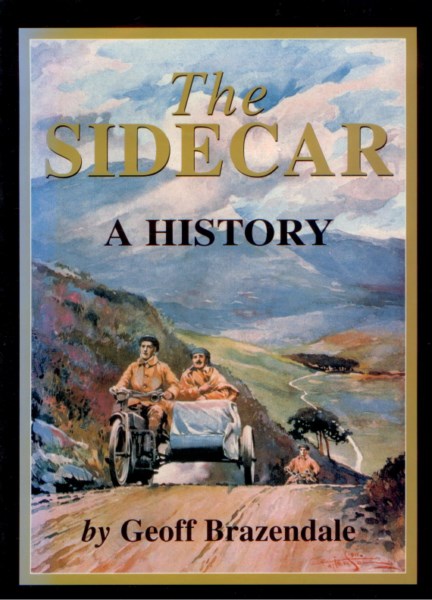 THE SIDECAR – A HISTORY

THE SIDECAR – A HISTORY
WRITTEN BY GEOFF BRAZENDALE

SIGNED BY THE WRITER

‘The Sidecar’ is the result of over fourty years of interest and seven years research by the author into the origins and development of the sidecar through the 20th century.
Starting in Victorian times; this book traces the need for riders of early bicycles and motorcycles to carry a passenger.
The halcyon days for this unique type of vehicle are described in detail; as well as a section on the use of the sidecar in war. Commercial, sporting and bicycle sidecars are documented in further sections, as well as the social and economic reasons why this once popular vehicle is rarely seen today.
An A-Z of over 300 sidecar makers and suppliers is included along with numerous photographs. The pen and ink illustrations are by Alan Johnson. Many of the original patents are included.

The book is used. The inside of the cover is damaged. The book itself is in a good condition, hard cover, 246 pages, English text.