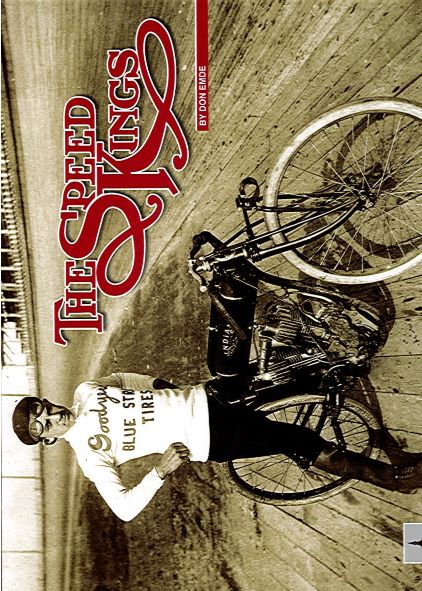 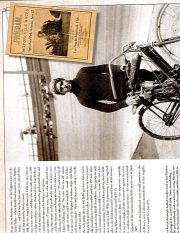 THE SPEED KINGS – THE RISE AND FALL OF MOTORDROME RACING

Don Emde, a former Daytona 200 winner, Motorcycle Hall of Fame inductee, has announced his upcoming new book: The Speed Kings. The Rise and Fall of Motordrome Racing. The richly illustrated, 372-page hardbound book tells the story of the first generation of motorcycle boardtrack racing in the early 1900s, when daring riders sped at 90+ mph around ¼-mile circular motordromes banked at 60-degrees. Thousands came to watch, sometimes at their own peril.
Dirt track racing was where motorcycle racers usually started in those years, honing their skills, but it was the motordromes that turned some of them into national sports heroes. The Speed Kings follows the life and times of Jake DeRosier, Charles “Fearless” Balke, Eddie Hasha and others from their first day of racing to their last.
The Speed Kings. The Rise and Fall of Motordrome Racing actually begins in the late-1800s with the first seven chapters covering early day history of two-wheel racing in America. High-wheel bicycles, velodromes, motor-pacing with gasoline, electric and steam power are all featured in Part I.
In Part II, many motorcycle brands are introduced and dirt track racing starts to get serious at dusty fairground tracks from coast to coast. Also, wooden velodromes for bicycle racing inspire the creation of larger versions for the piston-powered machines. The age of motordrome racing began with one track, but the spectacle became contagious and the public couldn’t get enough, filling motordromes in some cities three nights a week.
Motordrome racing made the front pages of newspapers in the years to come, at first with good news to promote the country’s exciting new sport, but as time went on, news of many tragic events eventually saw it all crash down shortly before the start of World War I.