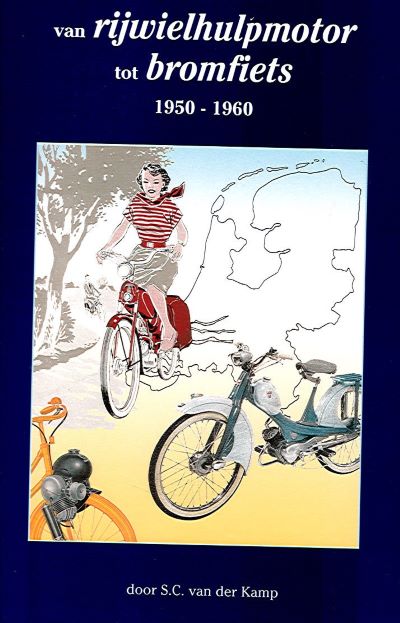 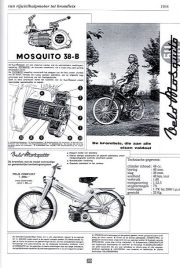 After the war, the need for cheap motorized transport grew. Manufacturers from several countries manufactured their own auxiliary engine that were supplied with or without their own frame. The auxiliary engines were made in such a way that they fitted to a normal bicycle frame in a few ‘seconds’. The Berini egg is one of the best-known examples of this and that is how the motorized bicycle was created. The engines could be added in various places, as shown in this book. Later only complete combinations were sold with weighted frames and (front) suspension, from which the moped originated. To show the developments from auxiliary engine to moped, a selection has been made from original Dutch advertising brochures. 70 different brands are mentioned in this book, which are conveniently arranged in time order. This unique reference work is ideal for the collector and all interested in bicycles with auxiliary engines and mopeds from the period 1950 to 1960.

The book has been used, but it is in as new condition, soft cover, 101 pages, Dutch text.