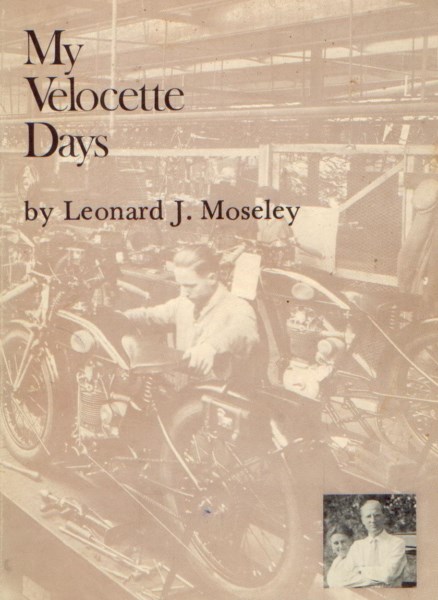 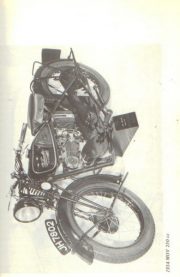 
In this unusual book one of those long service employees, Leonard J. Moseley, who spent over 47 years at the Veloec factories from 1923 until the final demise in 1970 chronicles the story of Velocette from his viewpoint on the factory floor. For most of his service with the company Leonard Moseley was foreman in charge of final assembly but among his other tasks was the building of the highly polished show exhibits which were taken to the annual Earls Court Shows, and those detailed sectioned motorcycles and engines which fascinated visitors to the Velocette stands at various shows. On more than one occasion he was responsible for the final assembly of the racing machines which took so many victories in the Isle of Man TT races.
The book gives an intriguing and often moving insight into the inner workings of a factory which was reduced over the years from its position as one of the World’s top ranking motorcycle builders to a mere shell of a company struggling for its very existence against the Japanese invasion of the 1960s.

The book is used, but it is in good condition. On the first page however is a stamp and a written name. Soft cover, 120 pages, English text.