View Cart “BSA BANTAM SUPER PROFILE” has been added to your cart. 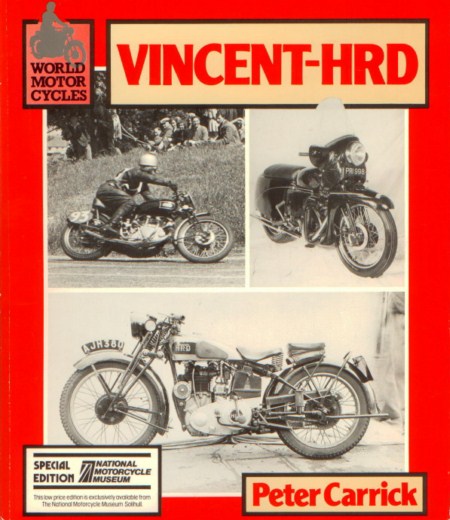 Even today, some 27 years after the last motorcycle was produced by the Stevenage firm of Vincent, their name still inspires affection and admiration in the hearts of motorcycle enthusiasts. The entire concern was the product of one man’s obsession. Philip Vincent had one simple ambition : to make the best production motorcycles in the world. To this end he and his staff devoted an enormous amount of time and effort in the production of classic machines like the Black Shadow and Black Lightning. Although the Vincent company is now no longer in existence, its memory lingers on. Here the whole story is told in a concise and readable text accompanied by a great wealth of exciting illustrations culled from a variety of sources.

CONTENTS :
Author’s preface
Vincent and HRD inheritance
The war years
Machines for the connoisseur
The 100.000-mile Enduro
Putting Vincent to the test
The dream fades

The book has been used, soft cover, 88 pages, English text.