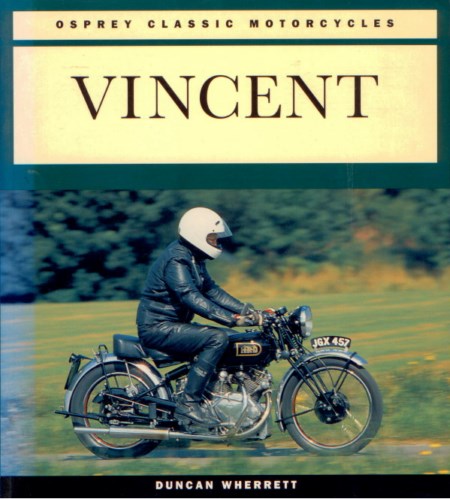 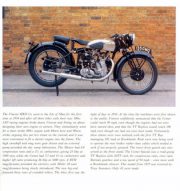 Exceptionally fast, hand-built and brilliantly engineered, Vincents were arguably the best British motorcycles ever produced. The company’s ‘Golden Age’ came during the late forties and early fifties with the appearance of the 1.000 cc Rapide and the renowned 1.000 cc Black Shadow, capable of 125 mph. Before the company ceased motorcycle production in 1955, Vincent produced the sensational 1.000 cc Black Lightning racer, which touched an astonishing 198 mph in 1955, and the 500 cc Grey Flash, ridden to such great effect by George Brown and future world champion John Surtees.

CONTENTS :
The early Vincents
The Series B
The Series C
The Series D
Other projects and racing
Specifications

The book has been used, but it is in a very good condition, soft cover, 128 pages, English text.