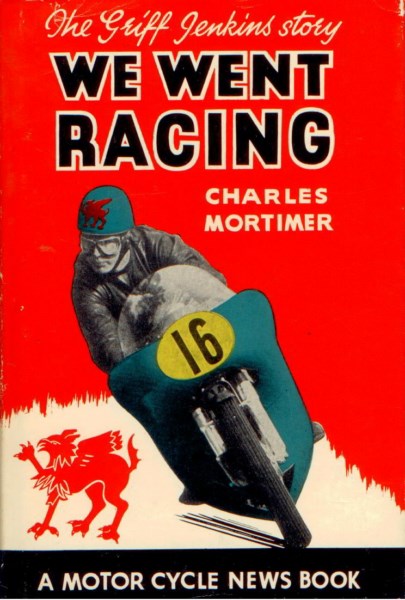 Griff Jenkins, although well-known and popular with many thousands of motor cycle road racing fans, at the start of the 1963 season, had not, at that time ever won a race. In 1963 he became, under the sponsorship of Charles Mortimer (himself an ex-Brooklands racer) a force to be reckoned with on the sort circuits, their year coming to a climax with a dramatic win in the Senior Manx Grand Prix. Many exciting tussles at Brands Hatch, Mallory Park, Crystal Palace and other short circuits are described, and featured are such starts as Phil Read, Ron Chandler, Roger Hunter and Jenkin’s old friend and rival Joe Dunphy.