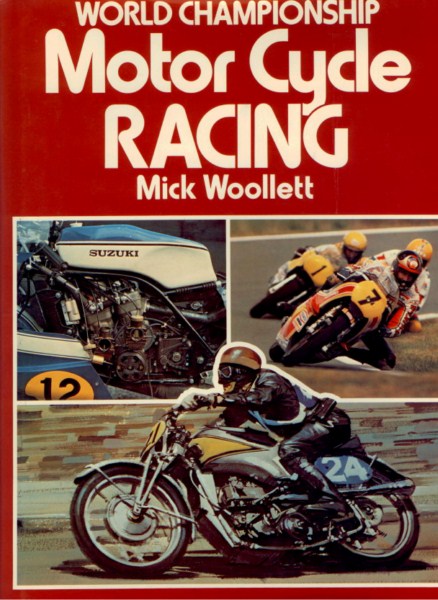 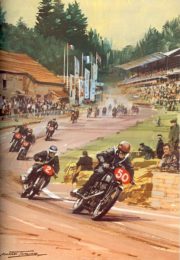 
Book on the history of the world championship motor cycling racing from the Second World War onwards. Great personalities of the sport – from Duke and Surtees, Hailwood and Agostini to Sheene and Roberts – and their duels on the classic circuits of Europe and the rest of the world feature throughout the book.
Championship tables covering all classes since the inception of the series in 1949 are included.
Many beautiful illustrations.

The book is used, but it is in good condition. hard cover, 128 pages, English text.