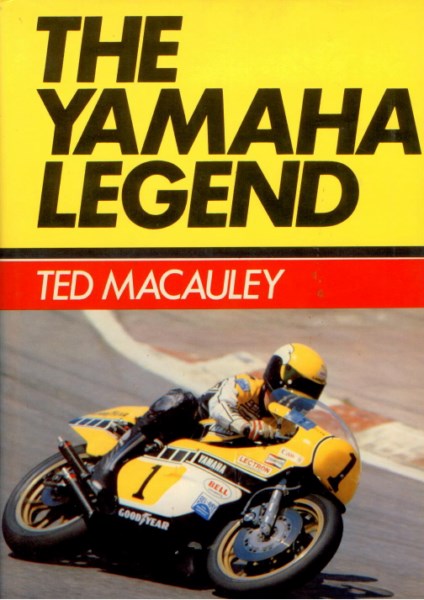 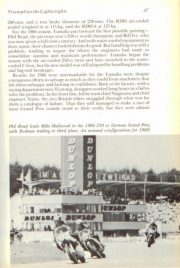 In this heavily illustrated history of Yamaha, Ted Macauley describes the contribution made by men such as Kenny Roberts, Giacomo Agostini, Jarno Saarinen, Phil Read and Bill Ivy  to an organization that has always demanded the best of their ingenuity and enterprise. His book presents a fascinating portrait of a truley mammoth enterprise at work. It also captures the excitement of an unparellelled slice of racing history, which has as its centrepiece the great years of Grand Prix effort.

CONTENTS :
Torakusu Yamaha and the birth of a legend
Enter the Red Dragonfly
Contesting the classics
Phil Read and the 1964 250 cc championship
Triumph for the lightweights
The age of the privateer
Jarno Saarinen and the Monza tragedy
Giacomo Agostini, superstar
Developing the heavyweights
The legacy of five
Return to Grand Prix
1978 : A Hat-trick of championships
Don Vesco and the Land Speed Record
Appendix : The developement of two stroke motor cycle engines

The book is used, but it is in a very good condition, hard cover, 248 pages, English text.