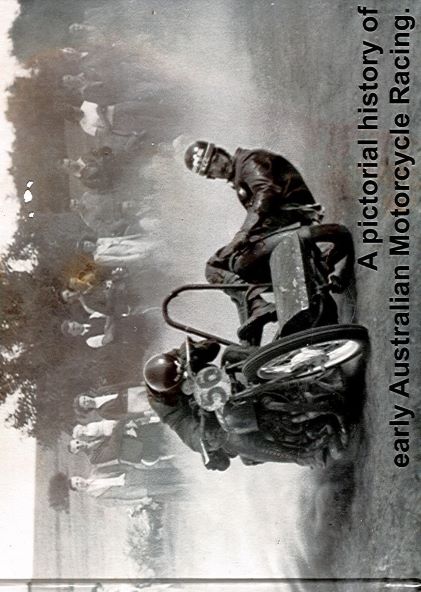 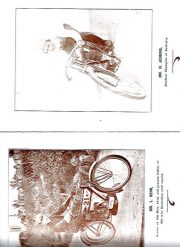 Over the years there has been many books written about motorcycle racing, but never before has there been such a pictorial book based on one man’s journey through the trails and tribulations of early Australian Motorcycle Racing.
The man Eric Charles Tyler :
Known as “Longy” during his racing years, was born in Melbourne in 1888 and died in 1974. His love of motor bikes and racing began in 1909 and although destined for a different walk in life, he became Australia’s leading rider. In 1913, Eric broke the Sydney to Melbourne motorcycle record – 572 miles in 24 hours and 39 and a half minutes on a 3 1/2 hp Rover motorcycle.
By 1925, Eric had retired from racing with a long list of successes and became a service station proprietor in Balwyn in 1929.
Fortunately, Eric kept records of his motorcycle racing years. These included numerous photographs, programs, newspaper article and cartoons.
In 2016 Peter Birthisel, an Indian motorcycle enthusiast from Yarrawonga, heard that Eric’s records were held by his son Owen and after viewing the records, Peter was determined to ensure they were preserved in some way.