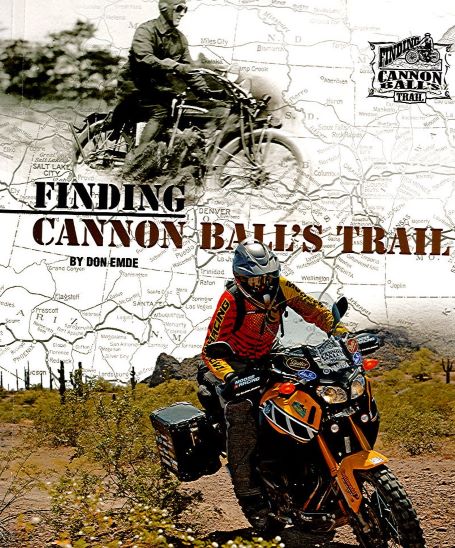 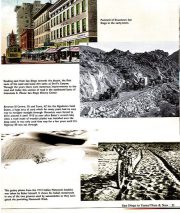 Just before midnight on May 14, 1914, a ferryboat departed from Weehawken, New Jersey and chugged along in the darkness across the Hudson River to Manhattan. On board was a tired-looking rider with an equally tired-looking motorcycle. The boat landed at ten minutes after midnight and there to greet him were representatives from the Federation of American Motorcyclists, the nation’s major motorcycle sanctioning organization. What they knew was that this rider, Erwin G. Baker, had just completed the fastest transcontinental trip in American history. Baker’s journey of 3,497 miles had taken him 11 ½ days. And, oh, what an incredible 11 ½ days it was! After leaving San Diego on May 3rd he rode coast to coast, averaging only four hours sleep each night. In 2011, Don Emde, a former winner of the prestigious Daytona 200 motorcycle race and 1999 Inductee to the Motorcycle Hall of Fame, embarked on a multi-year project to understand the riding conditions and retrace the route that Cannon Ball Baker had taken in 1914. Using modern day computer search tools, GPS, and current adventure-style motorcycles, he and an assistant, Joe Colombero, logged numerous miles in the California and Arizona desert to work out what remains of the dirt roads that Baker had ridden. Their research ultimately took them on a ride all the way to New York City on the same route that Baker had taken. Their discoveries and difficulties is a great story in itself. Finally, in 2014, Emde led a group of 30 motorcyclists on a celebration ride from San Diego to New York City, just as Baker had done a century before. The group departed on May 3rd-100 years to the minute from when Cannon Ball had left San Diego-and arrived in New York just as he had on May 14th. This is the story of three epic motorcycle rides across America.