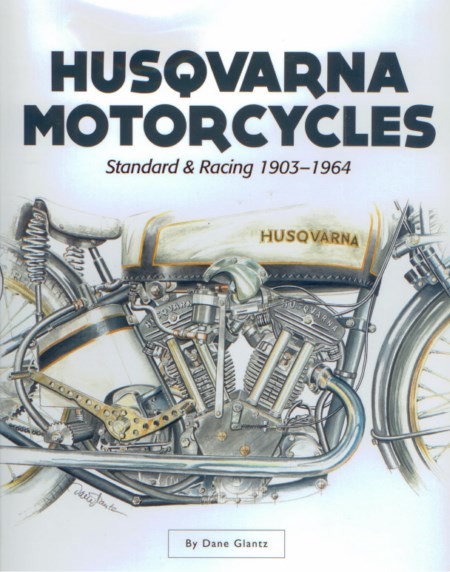 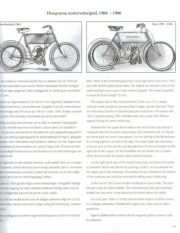 Husvarna Vapenfabrik AB’s motorcycle history could be divided up into three periods.
The first covers the years 1903-1936. Husqvarna was well-known for its meatmincers, sporting guns, sewing machines and bicycles. A natural expansion of the products mix was considered to be motorvelocipeds, which means bicycle fitted with a small engine. Such a vehicle was launched in 1903 and by that Husqvarna was one of the first in Europe to manufacture a vehicle in series.
The second period (1931-1964) could be called the two-stroke period. This was the period when the well-known 98 cc lightweight motorcycles, the “Blackmill”, the “Redmill”, the “Dream Bike”, the “Silver Arrow” and the “Gold Arrow” were introduced.
The third period, “The competion period”, (1922-1935) describes exclusively the racing machines which made the Husqvarna brand well-known all over the world. Big space is devoted to the famous TT-machines with the V-twin engines. Technical descriptions show the machines in detail. Husqvarna machines competed in many different disciplines, i.e. hill climb, dirt track, ice track, records attempts, etc. Everything is as carefully and detailed described as the available reference material perfmitted.